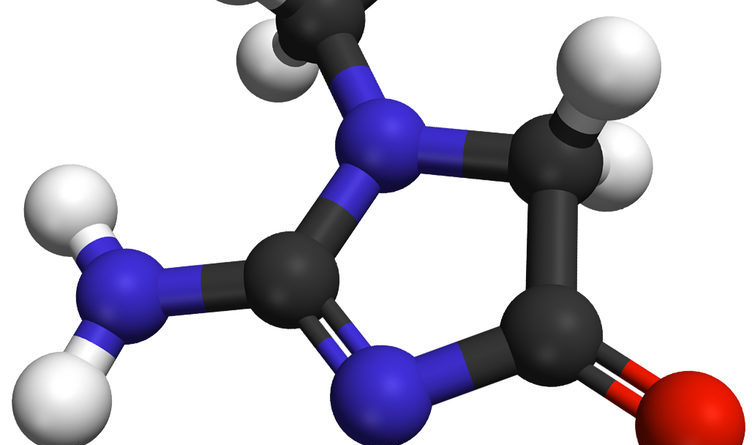 The wrong use of Creatine and its side effects

The use of Creatine is common especially among athletes. Its function is the one of giving energy to the person that uses it. Nothing weird, until now. It’s normal that people must have energy. But in which cases could it be dangerous?

Let’s Talk about Creatine in general. It is a substance that in part is produced by the organism or that is given by a certain alimentation. When Creatine reaches muscles, it produces ATP, fundamental for muscle activity. The lack of Creatine can be filled with food or Creatine in powder. But too much Creatine could provoke side effects, like water retention and kidney problems. But not only the abuse of it but also it’s wrong combination with other substances such as Caffeine.

In fact Creatine and Caffeine together could provoke other side effects, like the inhibition of phosphocreatine’s resynthesis during muscle recovery. Many athletes use Creatine, but they are followed by a doctor that tells them the right quantity that they have to take. On the other hand many athletes use excessively Creatine or take it combined with Caffeine in pills. But It’s important to underline that in many of these cases they don’t know these aspects but only they do it unconsciously.

As emerges in an article of the Corriere della Sera: “only the 2% of athletes and the 7% gym’s manager believe that, before to use Creatine or other supplements, the athletes should ask to the doctor.” Anyway, not everybody can take Creatine. And we aren’t talking about an abuse of it: the use of Creatine for those that already have problems isn’t recommended, because it could raise the issues of the organism. An example is Lomu John Mayew’s case, an All Blacks’ player, who had side effects with Creatine caused by his kidney problems. As declares Fred Wadsworth, nutritionist and collaborator, in an interview for the Telegraph, about Creatine in this case: “It’s legal and widely used in rugby. But if you have kidney problems, so it isn’t a good idea to take it.”Another problem that could be provoked by an abuse of Creatine could be the rhabdomyolysis, that is an issue that causes the breaking of muscle cells, so some substances of the muscle tissue could be ‘released’ in the blood flow.

These are just some of the problems that an abuse of Creatine can provoke. So the use of it, isn’t dangerous itself; in fact our organism daily needs 2 g of it, as the medical literature explain,but the problems born when these 2 g become more of 2. In conclusion there aren’t problem in taking Creatine; the real problem is the wrong use of it.

The creatine is the most studied and popular supplement used. We can find it in our body, but it’s also in the food that we eat every day, like: steak, herring, pork, salmon and tuna. The creatine is a combination of three differents amino acids: glicina, arginina e metionina. So don’t let the other say that it’s a steroid or a dangerous substance, because it’s not true.

The creatine buys in the muscle a molecule of phosphorous, that’s becomes phosphocreatine. This will be subsequently freeds during the muscular effort, spreading more energy to the cellular metabolism.

The creatine monohydrate is the most spread in the field of supplements and can be taken orally. Its aim is to increase the creatine that is already inside the muscles. The thing that we can expect in her integrity, for a recent study about the Medic Centre of Texas, with the assumption of 20 gr in 28 days, we have an improve of the power about 6,5%.

Thanks to her use, is possible to extend the muscular exercise for more time, so we can have a better training and a rapid muscular grew.

So the assumption of creatine is perfect for the differents fields, for example from bodybuilders to cyclists to runners or everyone can take benefit from it. This make us understand that the creatine is safe for the muscular yield in the normal dose without excesses.

5a A Liceo Scientifico di Francofonte